Ambassador of Spain Mr Álvaro de la Riva Guzmán, Embassy of Spain Deputy Head of Mission Mr Luis Fonseca, ICC Estonia Chairman of the Council Mr Andres Tamm, ICC Estonia Secretary General Mr Tiit Tammemägi and ICC Estonias project manager Antonio Villacís met on the 20th of January in ICC Estonias headquarters. Meetings goal was to introduce ICC Estonia to Ambassador and to find grounds for cooperation between the Embassy of Spain and ICC Estonia. Mr Tamm and Mr Tammemägi spoke about the history and development of ICC in Estonia and also which type of projects the organisation has initiated and been involved into. 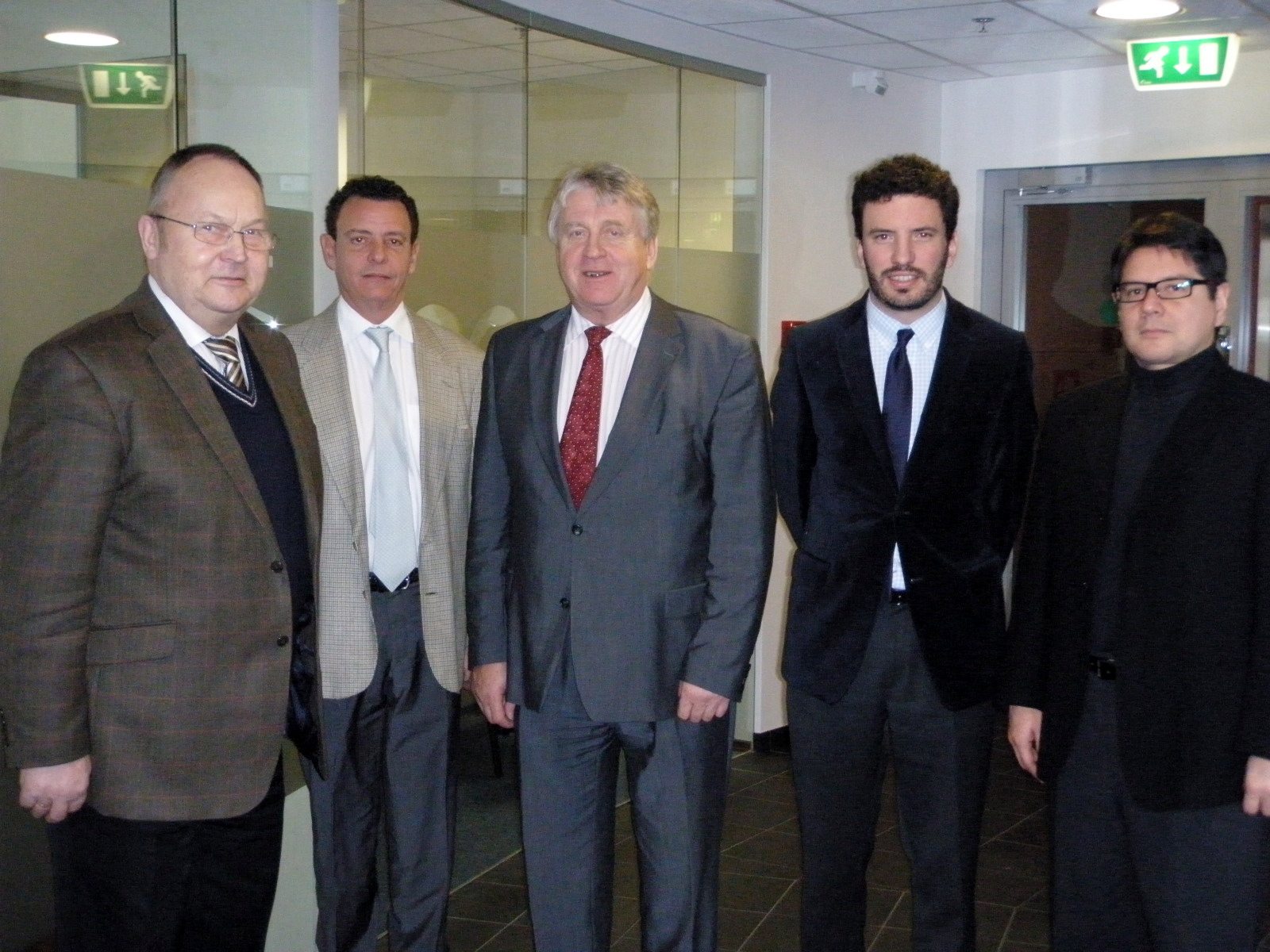