Official meeting was on Monday, 13th of February. It was followed three-day training session where was introduced ICC’s most important units and commissions, how they work and what are the possibilities doing cooperation with national committees.
2/3 of national committees and groups were represented. All ICC’s executives participated all day long: president Gerard Worms, Secretary General Jean-Guy Carrier, Director of Membership Francois-Gabriel Ceyrac, Director of Business Development Philip Kucharski. Also were represented  all other ICC subordinate body leaders from ICC World Chambers Federation, ICC International Court of Arbitration, ICC Commercial Crime Services and so on.
Positive impression left hard-working atmosphere in the conference. 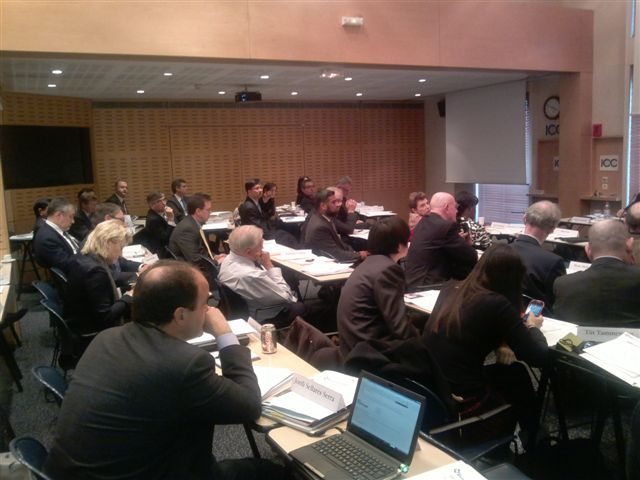