In recent months, a number of websites and providers have started to offer information or training on the new Incoterms® 2020 rules. Please be advised that only ICC and its National Committees (including ICC Estonia) and groups are in the position to inform you about the current status of the Incoterms® 2020 rules until their publication which is planned for next year.

The Incoterms® rules – maintained and revised by ICC since their first publication in 1936 – have become an integral part of international trade through their use in contracts for the sale of goods and are an important tool to increase legal certainty in international trade. While ICC is encouraging the widespread use of the Incoterms® rules, it also warns against fake digital versions and fraudulent training offers.

The Incoterms 2010 rules are currently being revised to respond to the market changes that have taken place over the last ten years, such as increased obligations regarding security procedures. Over the last two years, ICC’s global network has been consulted in the drafting process of the new Incoterms® 2020 rules – which are to be released during ICC’s centennial in 2019 and come into effect in January 2020. A central aim of the revision is to make the new Incoterms rules as user-friendly as possible and promote a better understanding to help users worldwide avoid costly errors by choosing the right Incoterms rule for their transaction. 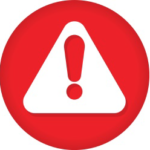 Over the last years, various false Incoterms rules versions have sprung up on the Internet, for instance versions that reference a year other than 2010, or texts purporting to be partial or complete copies of the Incoterms® 2010 rules. Please be advised that any such materials are very likely to be fakes if they are not sourced directly from ICC or ICC National Committees and groups.

These fakes display incomplete, unauthorized or inaccurate information, the use of which in your contracts may result in mistakes and litigations.

In light of the upcoming new Incoterms® 2020 rules, there is much public speculation about the changes. In addition to the public release of the new rules next year, ICC will offer official ICC certified training as well – be aware of deceptive early training offers coming from bodies other than ICC, ICC National Committees and groups or the ICC Academy, which will offer an online course and exam on the Incoterms® 2020 rules.

If you have any questions, please contact ICC Estonia at icc@icc-estonia.ee